​An Evening of Unscrupulous
​Wonderments 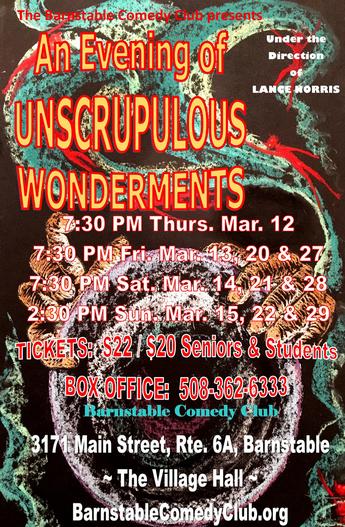 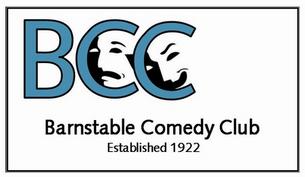 ​AN EVENING OF UNSCRUPULOUS WONDERMENTS

Under the Direction of Lance Norris

A combination of a Medicine Show with all the trappings of a spiritualist revival.  Being neither a defense of, or an attack on spiritualism, but an appreciation of a phenomena that continues to bedevil all who see it, AN EVENING OF UNSCRUPULOUS WONDERMENTS, is a celebration, amusing and instructive to old and young alike.

​Spiritualism has often become popular in times of great national stress. From it’s origin at the height of the Mexican/American War in the 1840’s ‘Burnt-Over District’ of Upstate New York, to Mary Todd Lincoln holding seances in the White House during the Civil War, right through the post- WWI paranormal boom in the parlors of both England and America, mankind has continually sought answers from ‘the other side’.

Opening Thursday, March 12 at 7:30 PM, the Show Continues Through March 29 on Friday and Saturday Evenings at 7:30 PM with Sunday Matinee Performances at 2:30 PM

Please join us on opening night for a reception after the performance.