​MURDER ON THE RERUN

Perusal scripts are currently available at the Hyannis Public Library and Sturgis Library.

​Takes a different approach to mystery as a ghost tries to find out who murdered her in a witty, sophisticated, yet suspenseful look at the upper crust of Hollywood. The curtain rises to find Jane, Oscar winning screenwriter, dead at the bottom of the stairs in a Vermont ski lodge. Her four friends and husband are saying she fell. “I was pushed!” she says as her ghost rises. Aided by Kitty, a rather wanton adviser from “up there,” Jane is brought ahead to the present, three years after the murder, where the same group is gathered. For the unusual and audience pleasing combination of comedy, intrigue, and suspense, this is a must!​

Edwina Dunbar  (Female, age range:  30-40)  Gossip columnist out for herself.  Not as well put together as the others.

Rehearsals to start after Labor Day.

Actors will be asked to sing 32 bars/one-minute of a music theater song preferably in the style of the show or a song selection from NUNSENSE. Please bring sheet music in the correct key for the provided accompanist.

You may also use the accompaniment at https://www.dropbox.com/sh/oc5np7rcxe0s9po/AACTC3Df4RNO37CQbTf2jIoHa?dl=0.
Readings from the script and some group movement will follow the song auditions.  Please wear comfortable clothing and shoes.

Perusal scripts are currently available at the Hyannis Public Library and Sturgis Library.

NUNSENSE is a hilarious spoof about the misadventures of five nuns trying to manage a fundraiser. Sadly, the rest of the sisterhood died from botulism after eating vichyssoise prepared by Sister Julia Child of God. Thus, the remaining nuns - ballet-loving Sister Leo, streetwise Sister Robert Anne, befuddled Sister Mary Amnesia, the Mother Superior Sister Regina, and mistress of the novices Sister Mary Hubert - stage a talent show to raise the money to bury their dearly departed.

Sister Mary Regina (Mother Superior): Female, 35-65 (Range: B3-F5)  The head of the convent, respected greatly by the sisters, while she is strict, she has a hard time keeping the craziness of the convent at bay, keeps her guard up in front of the nuns, but has an extroverted side, part requires some very physical humor, character may be played with an Irish accent; mezzo with strong belt.

Sister Robert Anne: Female,30-50 (Range: G3-D5) Once a child delinquent herself, this rough tough nun is a jokester and constantly challenging authority, speaks with a thick Brooklyn accent and constantly displays her lack of refinement; mezzo with strong belt.  Dance ability a plus including tap.

Sister Mary Amnesia: Female, 25-40 (Range: Db4-C6)   As the name suggests, she has lost her memory and does not know who she is except that she is a nun, spacey and incoherent, often slipping into displays inappropriate for a nun, must be able to sing in classical and country styles; soprano with strong belt.   Sings in classical and country styles. Puppetry and ventriloquism a plus; as well as tap ability.

Sister Mary Leo: Female, 25-35 (Range: G#3-G5)  The novice nun, still learning the way and coming to terms with her decision to give up "civilian" life.  A  ballerina  who displays her talents through much of the show, also easily swayed to join in mischief; mezzo with strong belt. Dances well. Pointe work a plus. Tap dance ability as well. 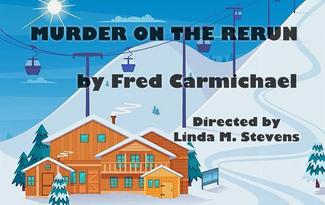 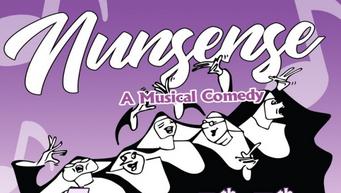